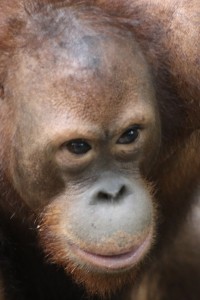 He explained more. The haze happens every year. It drifts across from Indonesia; from Sumatra and the Kalimantan province of Borneo. It’s caused by ‘slashing and burning’ – a cheap way to clear land. Some farmers might adopt the technique but the finger of blame mainly points to the palm oil producers creating space for yet more plantations.

Every year Indonesia, Malaysia and Singapore are affected by these long lasting fires. This year has been particularly bad. As we now know, 500,000 people have suffered respiratory illness and a number of deaths have been attributed to the fires.  Schools were shut, many outdoor events were cancelled, but the long term effects are the real concern.

Slashing and burning is illegal but the Indonesian government is finding it hard to control.  With or without the particular impact of slash and burn, deforestation continues and at a huge cost.  Deforestation due to logging and mining has been going on for years. Recent times have seen a growing demand for palm oil for use in food and biofuels. Huge tracts of forest have been lost.

Deforestation leads to displacement of the local people, damage to our climate and a massive loss of biodiversity.  Many species are now threatened.  Orangutans are endemic to Borneo and Sumatra. Bornean orangutans are officially ‘endangered’; Sumatran orangutans are ‘critically endangered’ – there are only 7,500 left.  There are even fewer Sumatran tigers – less than 400 – and they too are ‘critically endangered’.  The orang utans and tigers are not only at risk from habitat destruction, but sadly also from illegal poaching. 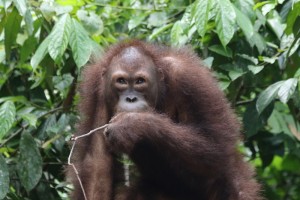 The extent of the haze – both in terms of the time it lasts for and the amount of territory it covers – shockingly symbolised the extent of all this destruction. As the purpose of our trip was wildlife watching (and celebrating a friend’s 50th) it truly made us appreciate what we were still lucky enough to witness.

Spotting wild animals in their own environment can never be guaranteed so a good place to start is the sanctuaries.

Sepilok Orangutan Rehabilitation Centre in the Malaysian state of Sabah was our first stop.  It opened in 1964, in response to the widespread practice of selling orang utans as pets. Many of them ended up on display in US casinos.  Of course, orang utans do not make good pets; they quickly outgrow their welcome. Sepilok aimed to give sanctuary to those ‘pets’ which were recovered or returned, and any other orang utans in need of help. Other animals are also treated at the sanctuary for a variety of injuries and illnesses.

Today trading of orang utans is illegal and anyone caught keeping them as pets faces strict penalties. This has helped, but there are still many displaced animals, especially orphans who have lost their mothers and those who have lost their habitat.

Sepilok is a sanctuary not a zoo. The very young orang utans are kept in nursery enclosures while they learn from their elders how to climb and generally be an orang utan. But as soon as they are ready they join the rest, on the journey of rehabilitation into the wild.

Today there are 25 orang utans in the nursery and around 60-80 living in the reserve. Those in the reserve are free to come and go. Food is a deciding factor. The orang utans are fed twice a day and the youngest very much rely on this food source. The food is always the same – lots of bananas and sugar cane. This monotony is designed to encourage the orang utans to seek variety in the wild.  It works; the apes gradually find their own food, returning less and less to the sanctuary. Rehabilitation is achieved. 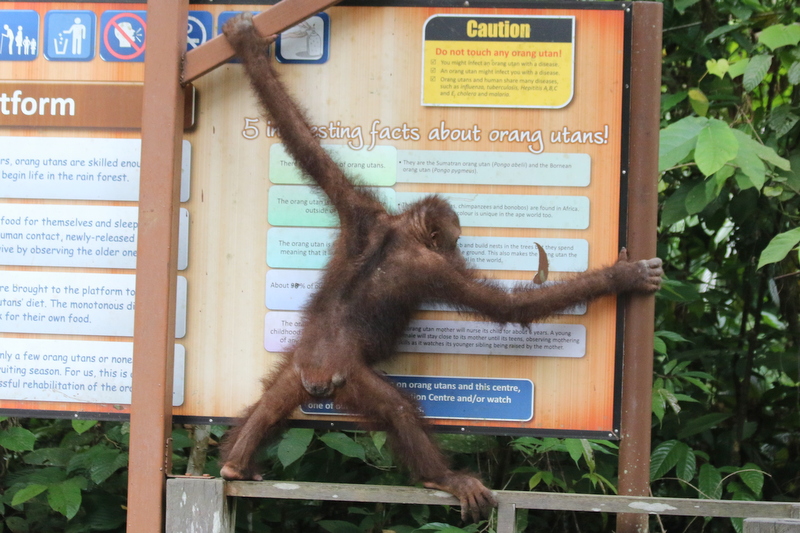 The feeding times are held at a set time and place so the tourists can watch (and record) from various viewing platforms.  It’s an excellent idea except for the fact that orang utans are nimble climbers. Twice we witnessed a couple of adolescent apes who found that jumping onto the platform, and chasing around the humans, causes much consternation. And results in even more photos.

As amusing as this was, it’s certainly not ideal.  It is important that the orang utans don’t get too close.  Not only can they easily injure us, we can pass our diseases on to them. Plus it’s better for orang utans in the wild to stay away from humans; after all, we can’t be trusted. The sanctuary is there to rehabilitate not entertain. It’s a fine balance, and one the staff are very aware of.

The success of Sepilok has enabled another Conservation Centre to be built – for Sun Bears. Sun bears are classified as ‘vulnerable’.  Again this is due to shrinking habitats and the bears being captured as pets. Sun bear body parts are also sold for medicines. Looking at these lovely creatures quietly relaxing in the trees made us reflect: why can’t we  just leave them alone? 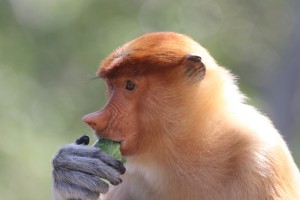 Next stop: Labuk Bay Proboscis Monkey Sanctuary.  This is a similar set-up to Sepilok. The monkeys have access to the wild but are lured to the tourists with food. Whilst orang utans are solitary, proboscis monkeys enjoy being in groups, ruled by a dominant male. They look like wise old men and, despite their long noses, these fascinating beings are highly photogenic.  Their social interaction  reminded us just how alike we are to our ape relatives. The proboscis monkey is endangered too.

The sanctuaries are a great way of guaranteeing a close up look at these animals, and they play an important part in the conservation programme which the Malaysians seem genuinely committed to. But this form of rehabilitation is expensive, and does takes time. Ultimately animals belong in the real wild, so it was great to move on and see them there.

There are many places in Borneo where you can explore the wild. Our base was Kinabatangan Riverside Lodge. From the relative comfort and safety of a boat we were able to spot many animals in their natural environment. Seeing a fully grown male orang utan swinging through the trees really is awe inspiring. Equally enchanting are the females, usually with a youngster clinging onto them as they climb across the canopy.  Groups of proboscis, balanced on branches, chatting away, never failed to entertain. Whilst it was harder to see all these special species at a distance (even with those long lenses), knowing this is where they freely chose to be, more than made up for it.

The R&R part of the trip was a few days at Gaya Island at the Bunga Raya resort – quite an up market venue.  This was not the place to see orang utans or proboscis monkeys but we did sight (and endlessly photograph) yet more birds, butterflies, insects and snakes. 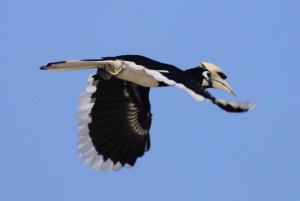 We also visited Gayana Eco Resort. It has its own on-site Marine Ecology Research Centre dedicated to underwater conservation, especially clams. This was yet another fine example of the many conservation projects to be found in Borneo, and the generous patrons who fund them.

Attempts are being made to control logging, to stop the slash and burn method of clearance, and to make palm oil plantations sustainable. Some areas are being reforested and greater efforts are being made to protect animals. However, despite the positive picture drawn by our guides, in practice it’s proving difficult. There’s still a very long way to go. Those apes, bears and cats remain at risk. 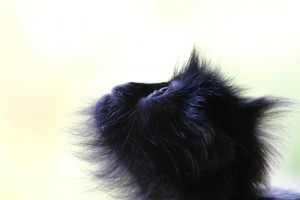 But we can all do our bit: if you must buy hardwoods, make sure they are from sustainable sources; choose sustainable sources of palm oil too; support organisations such as WWF who are incredibly active in this area; adopt an orang utan for yourself, or a friend; make a donation to, or volunteer at, one of the sanctuaries; or simply visit.

Eco tourism is taking off in Borneo and it’s a win win. Tourists get to see the wildlife, hopefully in a way that is responsible. This benefits the local economy and supports further vital conservation projects – it becomes a virtuous circle.  Get to see those orang utans, proboscis and other monkeys, those butterflies and birds, those insects and snakes. Be it a stunning forest panorama or a single flower petal, natural beauty abounds.  An added bonus is that the people are incredibly warm and welcoming too.  It really is worth a visit.

Thanks to Natural World Safaris who put together a great itinerary.  And to my travelling companions -when I wasn’t obsessively photographing animals I did enjoy their excellent company.  A truly great time was had by all.